Ira L. Hobbs also served as Deputy Assistant Secretary and Chief Information Officer (CIO) of the U.S. Department of the Treasury from May, 2004 through January, 2007. In that role, Mr. Hobbs served as the principal advisor on information technology (IT) issues to the Secretary and Deputy Secretary of Treasury, and other senior management officials throughout the Department.

As CIO, Mr. Hobbs was responsible for the acquisition and management of information resources and for providing broad leadership in planning, budgeting, acquiring, and managing Treasury’s IT resources. Further, Mr. Hobbs represented Treasury’s IT interests with external stakeholders, including other Federal agencies, Congress and private and corporate entities.

During his federal tenure, Mr. Hobbs served as co-chair of the Federal CIO Council’s Workforce Committee whose goal was to improve the recruitment, retention, and skills of the Federal IT workforce. For his leadership role, Mr. Hobbs was selected by Federal Computer Week as a recipient of the Federal 100 Award for five consecutive year and inducted into their Hall of Fame. He has received numerous other awards including the President’s Award for Outstanding Public Service presented by the American Society for Public Administration National Capital Area Chapter, the John J. Franke Outstanding Executive Award, and twice honored as Outstanding Individual Government Contributor of the Year as presented by the Industry Advisory Council.

He is a member of Leadership Washington, and former President of the Association for Federal Information Resources Management (AFFIRM).

Mr. Hobbs is a native of Tallahassee, Florida where he received a B.A. degree in political science from Florida A&M University and earned a master of public administration degree from Florida State University. He currently resides in Mitchellville, MD, along with his wife Deborah.
Speaking At
Opening Keynote | DHS and the Next Generation of Cyber Professionals
AFFIRM & USCC Remarks
Closing Remarks 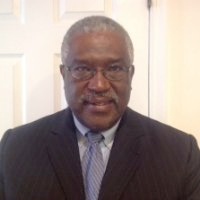