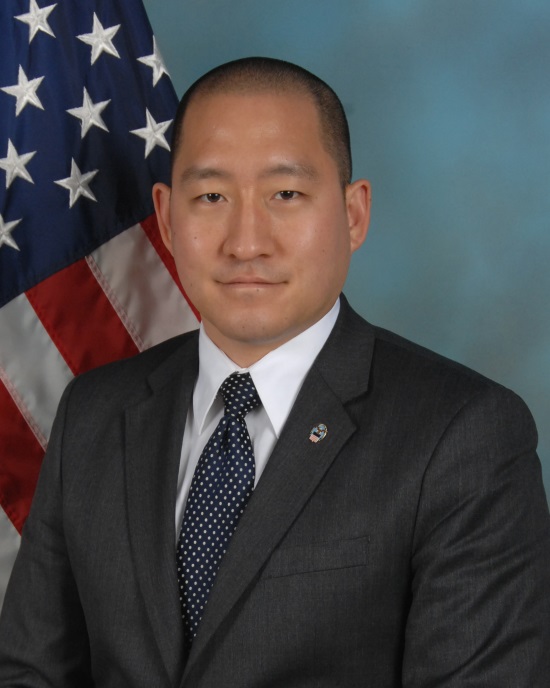 Mr. Ahn's initial assignment in the Navy was onboard the USS CUSHING (DD-985), a Spruance-class destroyer homeported in Yokosuka, Japan, where he served as the ship's Supply Officer. Upon completion of a successful deployment to the Northern Arabian Gulf in support of Operation Enduring Freedom and achieving qualification as a Surface Warfare Supply Corps Officer, Mr. Ahn was assigned to Commander Naval Forces Korea, Yongsan Garrison, Seoul, Korea as the Contingency Logistics and Transportation Officer. In addition to providing logistics support to Navy units across Korea, he led the Logistics Cost Sharing and Combined Logistics Coordinating Agency for the Navy, where he negotiated international military support agreements and facilitated Foreign Military Sales with Korean military officials. After Korea, Mr. Ahn was assigned to Fleet Industrial Support Center (FISC) Norfolk Detachment Washington as the Supply Program Director for the Naval Academy and tenant commands in the Annapolis area. His duties included management of a supply warehouse, food service operation, and contracting office, and he volunteered as a leadership instructor for midshipmen at the Naval Academy. Mr. Ahn then volunteered for an Individual Augmentation assignment to Camp Lemonier, Djibouti as the Deputy Comptroller and Commercial Bill Payment Officer. There, he facilitated the financial transition from the Marine Corps to the Navy for the Camp, formulating and executing a $250M budget and establishing a bill payment office for base vendors from the ground up. Mr. Ahn returned to the DC area after Djibouti and served the remainder of his time in the Navy at the Washington Navy Yard leading Continuous Process Improvement (CPI) projects across seven installations for FISC Norfolk Detachment Washington.

After his time in the Navy, Mr. Ahn served as a business consultant with BearingPoint in the DC area. His work included project, contract, and program management of two contracts with the Air Force A4 and delivering Lean Six Sigma (LSS) CPI training and rapid improvement event facilitation to Air Force units around the world. He then moved to the Bay Area, where he spent several years in Silicon Valley working as both a consultant and business analyst. As a consultant, his work focused on CPI, system integration, and implementation of cloud storage solutions for NetApp and Blue Coat Systems. As a business analyst with Cypress Semiconductor, he managed customer product conversions and was part of a senior five-member LSS CPI team tasked with examining and reducing costs of all of Cypress' divisions worldwide.

Mr. Ahn currently serves as the DLA J31 Supply Chain Security Lead, where he leads the development and implementation of DLA's supply chain risk management approach, which includes the gathering of threat intelligence and development of risk visualization tools.

Mr. Ahn's military education includes the Navy Nuclear Power School and Navy Supply Corps School. He holds a Bachelor of Science Degree in Computer Science from the United States Naval Academy and retains certification as a LSS BB. He most recently attended the Senior Executive Fellows Program at the Harvard Kennedy School of Government and the Advanced Program in Logistics and Technology at the University of North Carolina, Chapel Hill.
Speaking At
AFFIRM October Virtual Speaker Series | Due Diligence: Securing the Federal Supply Chain
Close