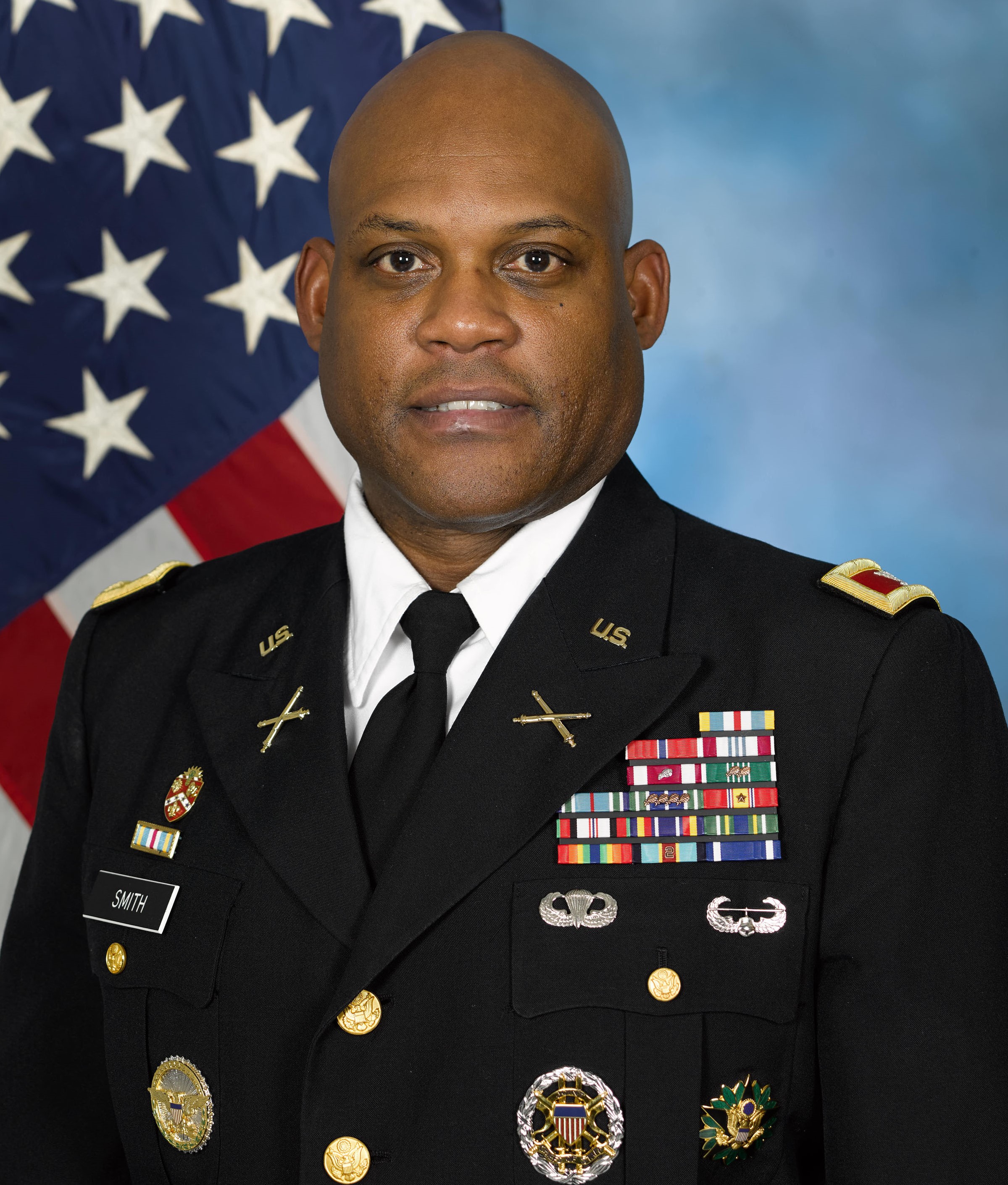 From 2017 to 2019 Colonel Smith served as the Director of Army Acquisition Domain Functional Office (ADFO) within the Deputy Assistant Secretary of the Army, Plans, Programs and Resources. Responsible for the functional requirements and resourcing strategy to establish a comprehensive acquisition data integration, standardization, visualization and analytics capability to enable senior leaders at the headquarters to monitor, assess, and respond to the health risks of programs. Prior to that, from 2015 to 2017, COL Smith served as an Operations Research and Systems Analyst (ORSA) for the Operations and Support Cost Analysis Division, Cost Assessment and Program Evaluation, Office of the Secretary of Defense. Prior to that, he was assigned to Programs, Analysis and Evaluation (PA&E) Directorate, Army G-8 where he served as the Equipping Branch Chief in the Acquisition Support Program Analysis Division from September 2012 to June 2015. Prior to that, he served as a Political-Military Analysis officer performing Strategic Wargames for the Chairman of the Joint Chiefs of Staff from July 2009 to September 2012. Greg spent thirteen months from June 2008 to July 2009 as the Chief ORSA for the Combined Joint Task Force Paladin (CIED) while serving in Afghanistan. His other ORSA assignments include Branch Chief for the Warfighting Analysis Division in the Force Development Directorate of the Army G8, and as Combat Operations Analyst (Logistics) as a member of Training and Doctrine Command Analysis Center (TRAC) at Fort Lee, Virginia. Prior to his ORSA assignments, Colonel Smith served as a Field Artillery Battery Commander and Current Operations Officer-Assistant S3 for the 2d Infantry Division, Division Artillery, Camps Stanley and Hovey, South Korea. He also served as the Battalion Adjutant, Battalion Plans and Operations Officer, Battery Operations Officer and Platoon Leader for the 5th Battalion, 3d Field Artillery Regiment, in Fort Sill, Oklahoma.