Zain has successfully led a broad range of organizations during his career, which includes 18 years of experience supporting government agencies with IT solutions. Most recently, he served as vice president and general manager for the company’s civilian agency and law enforcement and cybersecurity practice within the U.S. federal government.
He previously served as client executive for the law enforcement vertical, where he led an organization responsible for the sales and service of the LAN managed service that generated substantial value for both customers and the company.

Prior to joining the company, Zain founded an international IT recycling business based out of Dubai. Before his own venture, he spent eight years at Verizon in various roles within the federal markets division supporting government agencies.

Zain has received numerous company and industry accolades, most recently being awarded with the AFCEA 40 under 40 award and the AFCEA Bethesda Innovator of the Year award in 2019. He holds a Master of Business Administration degree from the Sloan School of Management at the Massachusetts Institute of Technology and a bachelor’s degree in computer engineering from the University of Maryland, College Park.
Speaking At
Welcome & Opening Remarks 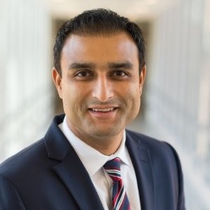